Wright plans for points on Plains 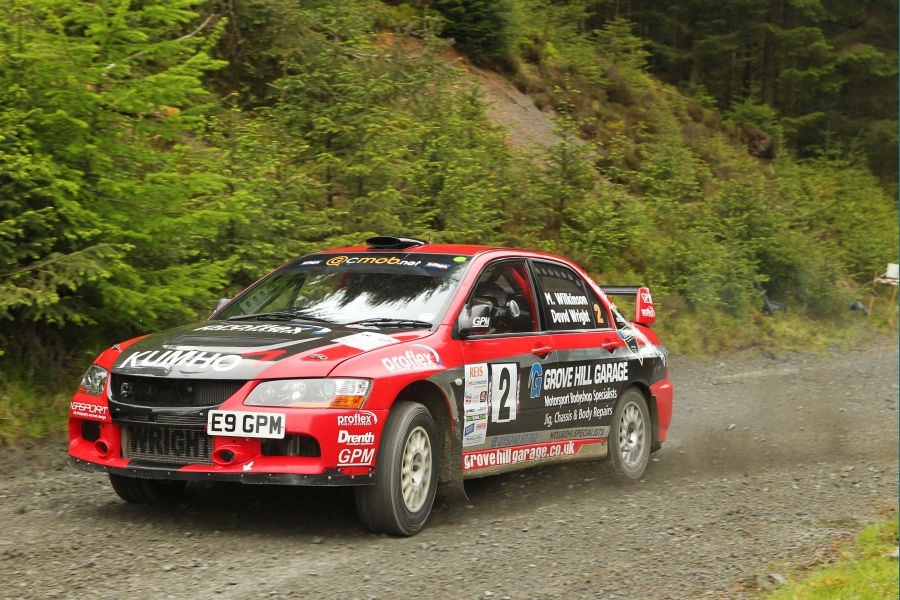 Bentham’s David Wright is aiming to get his rally season back on track next weekend when he contests the Plains rally, round four of the BTRDA rally championship.
Wright has suffered disappointing retirements on his last two events and a good finish is need to keep alive his hopes of regaining the title that he won in 2009.
A few problems with his Kumho Tyres, Proflex, Drenth, York Brewery, Millers Oils, Owen Developments and Grove Hill Garage-supported GPM Mitsubishi Evo 9 were found on the recent Tour of Hamsterley event but these have been fixed and car and crew are ready to push hard on the Welshpool-based event.
“The Tour of Hamsterley was a good test to set up the car and iron out any problems,” said Wright. “We’ve had a few niggles to sort but nothing major, we’re in good shape for the Plains. The stages look in very good condition and I’m looking forward to the event. We finished a very close 2nd last year and it’d be great if we could go one better this year but we’re up against some very tough competition.”
The rally starts from Welshpool on Saturday morning with the crews competing on some classic Welsh forest stages including Dyfi and Gartheiniog.