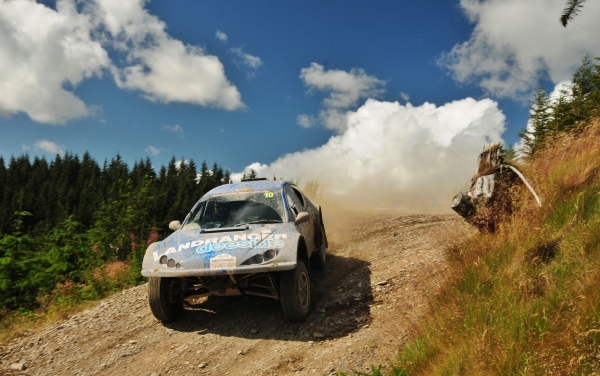 Please click here to see the pictures.
Posted by GS at 20:48

Moran masters the conditions in Hafren 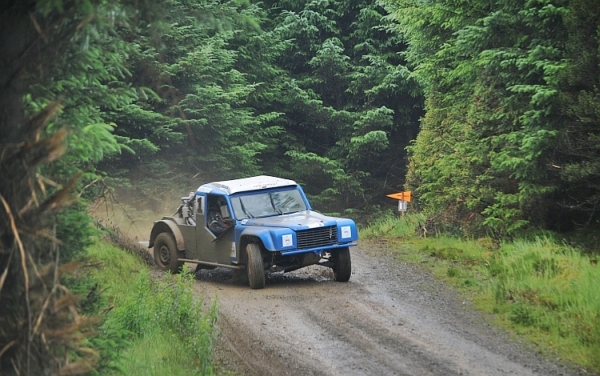 Mike Moran took his third win of the season at round four of the Britpart MSA British Cross Country Championship, which was held in Hafren forest.

It was Moran who set the pace early on, building up a lead of 35 seconds in his AT 4x4 Indy Challenger over Ryan Cooke. Two of Moran’s main rivals were already out of contention with Neil Davey suffering a broken wishbone on his GSR and Ben Duckworth putting his Milner off the road.

Moran continued his good form throughout the nine runs of day one to build up a lead of almost three minutes with Cooke’s efforts hampered by broken power steering and brake issues.  Andy Powell lay in third in his Simmbugghini.

After sunshine and a drying course on day one the crews were greeted with heavy rain for day two’s eight runs. With the course getting increasingly slippery several drivers were caught out including Jason Sharpe who rolled his Isuzu into retirement. Moran had a couple of moments but kept it all together to take the win.

“I’d seen the weather forecast so I pushed very hard on day one when it was dry to try and build up a good lead,” said Moran. “The rain on day two made the course very difficult, it was like driving on ice in some places and we had a couple of big moments but fortunately the car stayed on the track.”

“It’s been a great weekend and the result has put us in a very strong position in the championship, I’m looking forward to the next round at Bovington now.”

Despite a last run puncture Cooke held on to second place.

“It was nice to have a good race for a change, we’ve had our fair share of problems this year. It was a very good course, very challenging. We had a few issues with the car and a puncture on the last run which almost cost us second place but we managed to hold on to the result.”

Powell continued his good run of BCCC results with third. He commented:  “I’m very happy with third although it’s a bit disappointing to be only 7 seconds off second at the end. It was a fantastic course and the conditions were very challenging. Other than throwing a belt on one run we didn’t have any issues with the car.”

Steve Smith was fouth in his Clio with Paul Harris having a good run in his GSR Maxilight to take fifth.

Nick Pritchard won the Trophy class in his Goka Buggy ahead of Steve Anning with Sian Rogers in third. The Insanity Racing Tornado of Jon Damrel made its first appearance of the season but retired at the end of day one with wheel bearing problems.

The Clubman class saw the return to the BCCC of Martin and Colin Gould, Toby Jefferson and Justin Birchall. Birchall was debuting his Lofthouse Freelander and he set some times that would’ve been quickest overall had he been entered in the championship. Problems with the fuel pressure regulator meant he could finish no higher than third Clubman. In second place was former BCCC champion Colin Gould, who survived a near roll in his new Polaris. It was Jefferson who took the Clubman win in his GSR.

The next round of the BCCC, which has technical support from Ravenol, takes place on September 12/13 at the Bovington tank training course in Dorset. 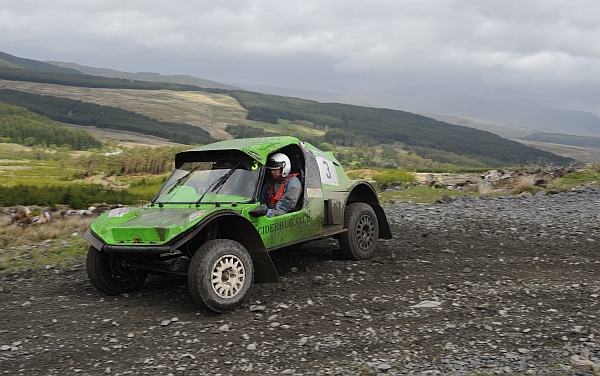 The second half of the Britpart MSA British Cross Country championship starts next weekend with round 4 taking place in Hafren forest near Llanidloes in Wales. The championship, which has technical support from Ravenol, has not used the Hafren venue before so it will be a new challenge to the crews.

Warrington driver Mike Moran heads the leaderboard on 252 points in his Lofthouse Motorsport-prepared AT 4x4 Indy Challenger and, with two wins and a second place so far, he’s in a good position to defend the title he won last year.
“My strategy for Hafren is to aim for a podium finish and try and be ahead of our main championship rivals,” said Moran. “The car survived the last gruelling round at Forrest Estate in Scotland although we’ve sent the gearbox back to the manufacturer to be checked over following a few abnormalities that were likely caused by heat or water. We had a great first half of the season, hopefully the second half will be just as successful.”
In second place, on 216 points, is Andy Powell who finished runner-up to Moran at the last round in his bright green Simmbugghini.
“We’re in a great position in the championship at the moment and I’m looking to maintain that at round four,” commented Powell. “I’ve had a bit of work to do on the car since the previous round  but we’re all set for the event. It'll be great to race at a new venue and hopefully we can have a good battle with the leaders again.”
Jason Sharpe in the Jewson D-Max Rally Team Isuzu is third in the championship standings on 208 points but he has Mark Jacques and Richard Green just behind him on 206 and 204 points respectively.
Nick Pritchard heads the BCC Trophy competitors in his Goka Buggy with Sian Rogers in second and Steve Anning in third.
Team Sheepie’s Ian Linford has built up a good lead in the Freelander Challenge, heading the way by 38 points over Andy Price, while the second Team Sheepie car, driven by Louisa Felice, is in third place.
“Louisa’s car is away having a new clutch fitted but mine is ready to rock,” said Linford. “We’re looking forward to racing in Hafren. We’re also making plans for both cars to contest Wales Rally GB if funds allow.”
Price rolled his car at the last round but he has managed to repair it in time for Hafren.
Price commented: “My car has a couple of new doors, bonnet, bumper and rear subframe as well as a new radiator and suspension leg so it should be fully sorted after the roll. Bring on Hafren!”
At the time of writing there was one entry for the Clubman class with Jeff Fletcher looking to build on his win at round two. However, there is a possibility of some former BCCC crews putting a late entry in if their cars are ready.
The action will start at 10am on Saturday with a full day of competition. Day two starts at 9am with the event finishing early on Sunday afternoon. The venue will be accessed from the Dolydd entrance, please follow the orange arrows. Spectator information is available on www.marches4x4.com.
Posted by GS at 20:44

Images from the Worlaby Downhill Challenge 2015 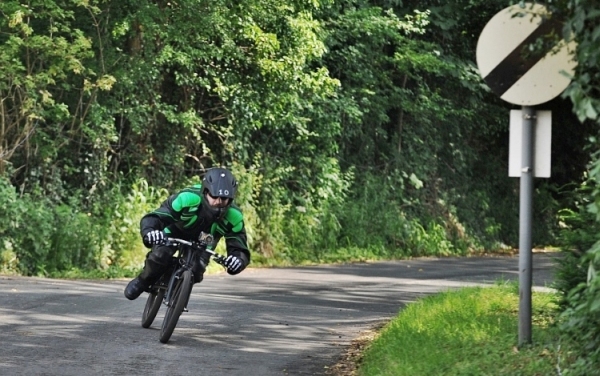 Please click here to see the images.
Posted by GS at 19:54 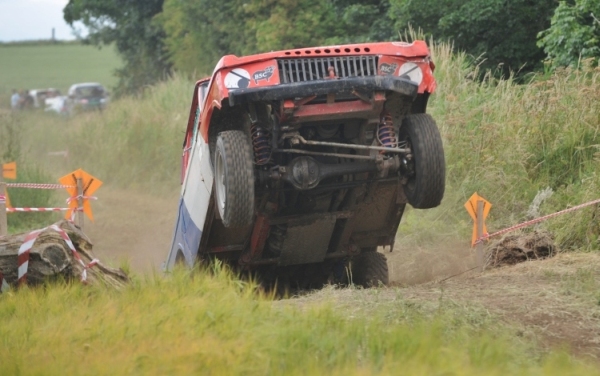 Please click here to see the images.
Posted by GS at 19:51 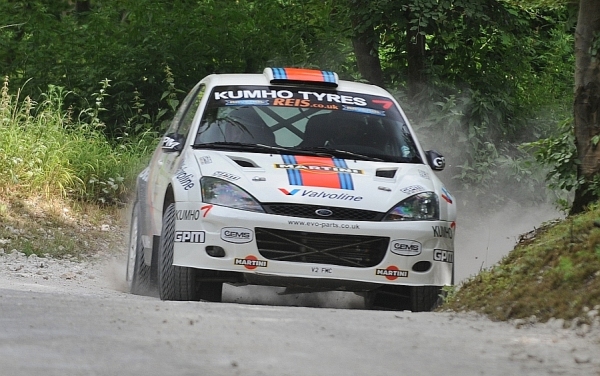 After winning the Goodwood Festival of Speed rally shootout at the end of June Wright had high hopes of a good result in the Llandovery-based event, which was a round of the BTRDA rally championship.

The event was split into two loops of four stages, including a lot of the roads used on Britain’s World Rally Championship round. Wright made a good start and, despite not having much experience of using his Kumho Tyres and Grove Hill Garage-supported Ford Focus WRC, he was consistently setting top 10 times to lie in 7th place after stage four.

Wright pushed hard on the second loop of stages to try and get a top five position but an overshoot and stall on the Route 60 stage cost him some time and he remained in 7th.

“I really enjoyed the event,” said Wright. “There were some amazing stages and they were in a brilliant condition. After our issues with the Focus earlier in the year it was good to be able to use it in anger with it working at 100%. It took some time to settle into a good rhythm and we made a few changes with the diff settings but we were still managing to set some top five times and mix it with the BTRDA championship regulars.”

“We were pushing for fifth at the finish but the Route 60 overshoot ended those hopes. I’m more than happy with 7th though, it’s a good solid finish and we brought the car home with no damage. Thanks to Kumho Tyres and Grove Hill Garage for their support and to Giles Philips Motorsport for the car.”
Posted by GS at 22:41

Images from Goodwood Festival of Speed 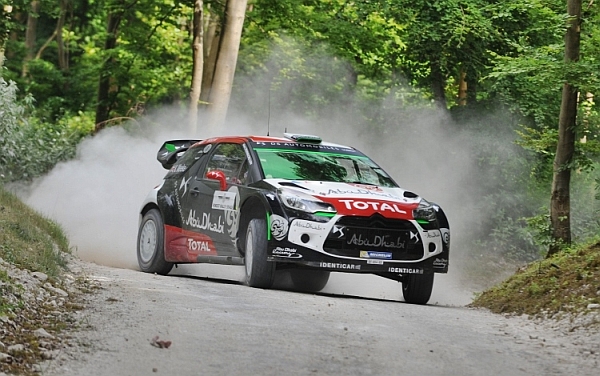 Please click here to see the images.
Posted by GS at 19:22 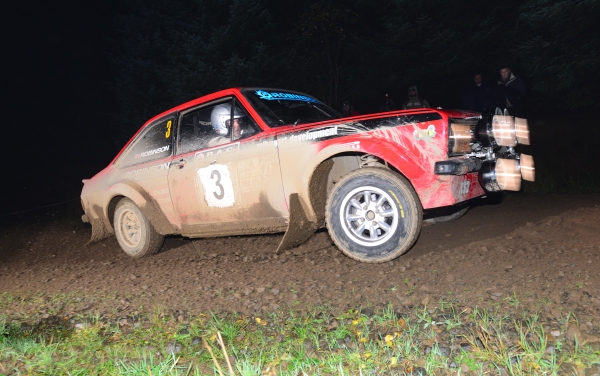 Sunderland will be the host town for the 2015 Roger Albert Clark Rally when the 12th edition of the rally that re-creates the RAC Rallies of the 1970s and 1980s runs from 27-29 November.
Rally director Colin Heppenstall has revealed outline route details for this year’s event, which will feature a revised route taking in the best elements of recent editions. In total, competitors will tackle 160 stage miles in just over 48 hours, with the route returning to Sunderland for overnight halts on Friday and Saturday and the rally finish on Sunday. Following a successful move to the north-east city last year, scrutineering and documentation will be based in Sunderland during Friday (27 November). The rally will then feature a city centre start on Friday afternoon ahead of two runs through a spectator stage at Herrington Park and four forest stages in the southern part of Kielder to give a loop of nearly 40 stage miles. Saturday’s route will be a little shorter than usual and will cover 60 stage miles in the central block of Kielder with service at Kielder water and the end of leg in Sunderland at around 6pm. On Sunday crews will tackle another 60 stage miles in a loop to the north, taking in stages in the Scottish borders with service at Hawick. The rally will finish back in Sunderland at 6pm. “Based on competitor feedback, we’ve brought together the best elements of the last three or four events,” said Heppenstall. “Apart from the spectator stage at Herrington Park, the shortest stage is seven miles and there are several stages of between 12 and 15 miles.” Heppenstall has pledged to hold the entry fee at a similar level to 2014 for a total of 160 stage miles and says that spectators will be welcome at just about all special stages. More details about the event will be published in due course and event regulations should be available by the end of August. For more details about the Roger Albert Clark Rally, please visit www.rogeralbertclarkrally.org
Posted by GS at 08:08