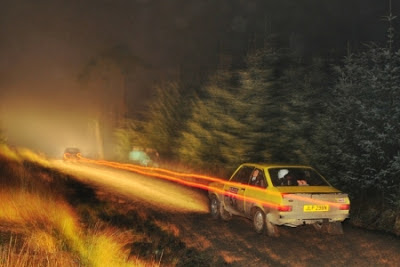 Please click here to see the images.
Posted by GS at 21:23

Bentham’s David Wright will end his 2012 rally season on Saturday when he contests the Coniston-based Grizedale Stages.

After winning the rally in 2011 he is aiming for another victory on the challenging Cumbrian event this year.

Wright has been out of action since October following a serious hand injury suffered at work which meant he was unable to drive but, although he has not fully recovered, he should be fit enough to return to competition at the weekend in his Kumho Tyres, Proflex, Drenth, York Brewery, Millers Oils, Owen Developments and Grove Hill Garage-backed GPM Mitsubishi Evo 9.

“I’ve not done a rally since the Merrick Stages so it will be good to be back out in the car again,” said Wright. “My hand is still painful but I’ve got most of the movement back into it now so I think I’ll be ok to drive competitively. I’m really looking forward to our final event of the year, Grizedale is always a cracking rally and the stages used are some of my favourites.”

“It is always a very tough event and the forest tracks are very challenging, especially after all the recent wet weather. They are sure to be extremely slippery. It would be great to win the event again but there are some very quick crews entered so it will be difficult. It could all come down to the very long 18 mile stage that ends the rally. Thank you to all my sponsors for their valued support, I hope we can get a good result to round off the year.”

The rally starts from Coniston on Saturday morning with most of the action taking place in Grizedale forest.
Posted by GS at 21:02