Woodpecker next for rally girl Bex

Kirvan presently lies in third place in the Rally First 1.4 championship and she is also leading the ladies championship. With two rounds to go she is keen to get a good result to build on her successful year so far.

"This year has exceeded all my expectations up to now, I am very pleased with my results," said Kirvan.

"My aim for the Woodpecker is to be as close as I can to the leading Rally First crews and get a good haul of championship points."


Rob Walters will co-drive on the event, the pairing having previously contested the Dukeries rally in June.

"Unfortunately my regular co-driver, Sherryn, has had to withdraw so I am grateful to Rob for stepping in. I've never competed on the stages used by the Woodpecker before but I'm confident Rob and I will make a good team."

"Hopefully our little Peart Auto Service-backed Micra will perform as well as it has all year and we'll be able to get a decent result."

The rally takes place on 4th September when the crews will start from Ludlow racecourse before facing 44 miles of competitive action in the nearby forests.

For more information please visit www.beckykirvan.co.uk.
Posted by GS at 17:12

Bentham based driver David Wright will return to rally action next weekend when he contests the Merrick Stages rally in South West Scotland.

Wright, who has not competed since the Dukeries rally in June, has been busy building a new car which is almost ready but he will use his familiar Giles Philips Motorsport Mitsuibishi Evo 9 on the event. As usual he will be partnered by co-driver Michael Wilkinson in the Kumho Tyres, Proflex, Drenth and Grove Hill Garage-supported machine.

"After nearly two years of competing on the BTRDA championship I've decided to have a change and try one of the Scottish Rally Championship rounds," said Wright.

"Doing the Scottish series is one of the options I am seriously considering for next year so it will be good to see what the Merrick is like and also to compare our times against the championship crews."

"I last competed in forests of South West Scotland in 2004, the stages are amongst my favourites, I really enjoy the fast and flowing nature of them."

"The new car should be ready in a couple of weeks so hopefully we'll be able to get it out an event before the end of the year."

The rally is based in Wigtown and will be fought over 44 miles of stages in the local forests.
Posted by GS at 17:10

Milford Haven teenager Nick Cristofaro is ready to make his debut on the national rally scene in early September – but he’ll have to pass his driving test first!

Cristofaro has been taking part in the Junior 1000 rally championship for two years, a series of events which allows drivers between the age of 14 and 17 to compete against each other. After taking numerous wins and with his 17th birthday approaching Cristofaro has had the offer of a free drive from Rallyschool.co.uk on the Ludlow-based Woodpecker Stages rally. The Woodpecker is part of the national BTRDA rally championship and it takes place on forest gravel tracks which will be a new experience for Cristofaro.

"The events I have done in the Juniors have mainly been on tarmac so it will be a big learning curve for me," said Cristofaro. "I also have to get used to having pacenotes for the route which will be another new experience as we do not have them in the Junior events, although I will have an experienced co-driver with me so I am sure it will be no problem."

"It will be good to finally get onto a gravel surface as I have waited a long time for the opportunity. Hopefully the experience I have picked up in the Junior championship will help me. I’ll be happy if I can bring the car home to the finish."


Before he can make debut Cristofaro faces the prospect of completing both his driving theory and practical tests.

"I am not 17 until 28th August so I have a week to pass both the theory and practical tests as I need a driving licence in order to do the event. This puts a lot of extra pressure on me doing the tests but there is nothing better than a challenge!"

Cristofaro has been selected for the drive by the Rallyschool.co.uk business and he will use one of their VW Lupo cars with a 1400cc engine which produces double the power of his usual Nissan Micra car. John Goff, owner of the business, said "Rallyschool have watched Nick’s progress at Junior level and the way in which he has conducted himself, not only in his highs, of which there have been many, but also the lows he has had to endure. As a school we always look to support young talent and we feel Nick has a promising future in the sport hence we are proud to lend a hand in his development. Our briefing to Nick will be to go out there and enjoy the day, the result is not an issue."

For more information please visit www.nickcristofaro.co.nr.
Posted by GS at 17:07

Images from round 4 of the Britpart BCCC 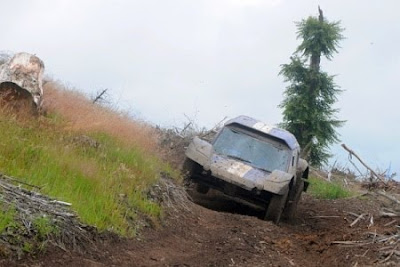 To see the event gallery please click here.
Posted by GS at 16:10