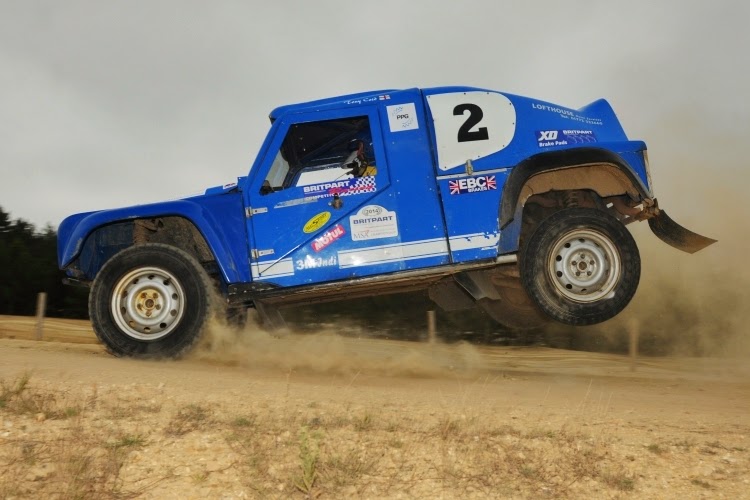 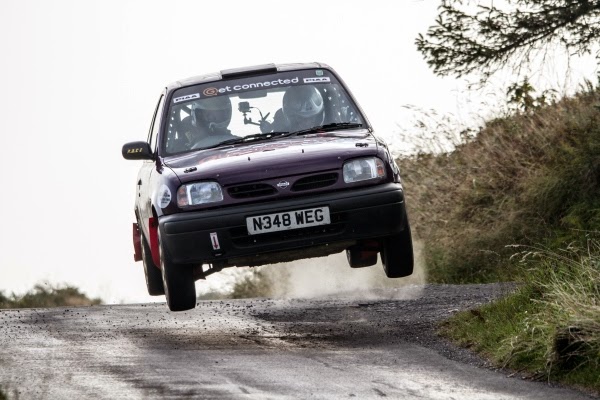 Rochdale’s Steve Brown had his hopes of a good result on Rally Isle of Man last weekend ended when the gearbox on his Nissan Micra broke on stage 20 of the event.

The event commenced on Thursday night with four stages scheduled. Brown made a great start in his Mintex Racing, Fuchs Titan Race, 710 Oils, PIAA, Sabelt UK and Six 80 Ltd Aviation Asset Management-backed car, setting the third fastest time in the class on the opening stage in front of a large crowd of spectators on Douglas promenade.

Due to incidents with other cars resulting in stage cancellations Brown was only able to complete one more stage on the opening leg and he ended the night fourth in class.

A very challenging day two of the event would see the crews face 13 tough stages. Brown’s car suffered from a lambda sensor issue early on but this was fixed and he was able to move back up to third in class by the end of the day with a storming drive which included setting one stage time which was 12th fastest on the event, beating several much more powerful cars.

Day three had a further 7 stages but Brown’s event was sadly to be over after the third stage, “Snuff the Wind”, as the Micra’s gearbox failed meaning that he could not continue. At the time he was still third in class as well as 19th overall.

“It’s very disappointing not to get to the end of the event, it’s my first retirement in 8 years of rallying,” said Brown. “We can take a lot of positives from the event though, the upgrades we made to the car worked well and we were showing good pace.”

“I hope to be back on the Isle of Man for the Pokerstars rally in November but it will depend on how much it will cost to fix the gearbox. Thanks to all my sponsors and the team at PACE for their support.”

Please visit www.facebook.com/stevebrownrallying to keep up to date with the latest news. 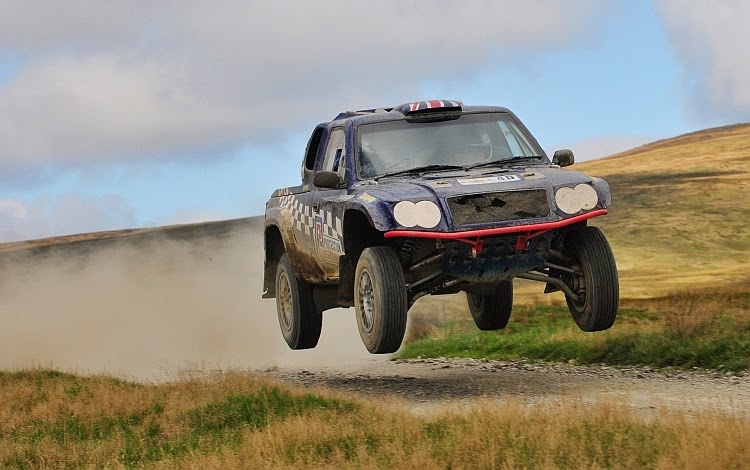 To see the images please click here.
Posted by GS at 20:56 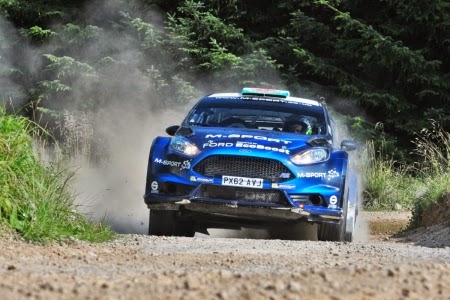 Please click here to see the images.
Posted by GS at 21:48

Sykes ready for rally championship showdown on Isle of Man 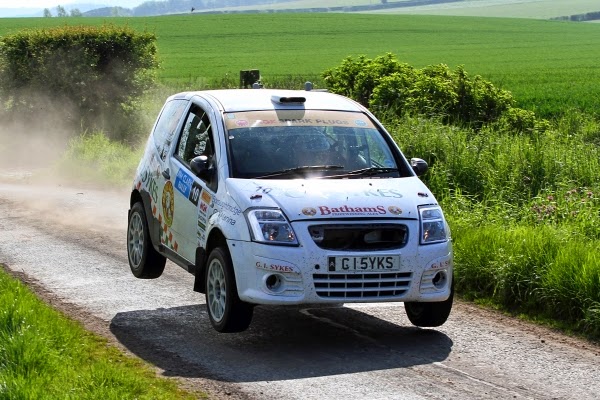 Sykes will be trying to win back the championship he won in 2012, having finished as the runner up last year. He holds a four point lead in the title race but with the Manx event counting as two separate rounds, with extra points available for the last round, the championship is still all to play for.

“It’s difficult to know how to play it,” said Sykes. “Do we go steady and aim to survive the 75 miles of stages in the first round, thereby making sure we take part in the second or do we go flat out from the start and aim to win them both. One thing is for sure and that is that two finishes are more important than the wins as, the way the points are, I really have to score on both rounds.”

“It’s been four years since I competed on the Isle of Man so I’m really looking forward to it. It’s a very challenging event, the roads are tight and twisty and the weather usually throws everything at us with very changeable conditions. It can go from brilliant sunshine to rain and mist in a few minutes. It’s certainly a huge test of crew and car.”

“I am hoping that, whatever the result, we will get to have a great fight and enjoy some good sport as the championship has been a little flat this year with the incidents that have happened. It would be good to end on a positive note.”

“Our car is looking good and, with previous round being stopped after a few miles, we have been able to concentrate on making sure the fine details are right so the car is ready for 166 tough stage miles.”


The rally starts on Thursday night with four stages in the dark including a very popular spectator stage which runs along Douglas promenade. The action continues through Friday before the event finishes at the TT Grandstand on Saturday afternoon.

Brown to make rally return on Isle of Man 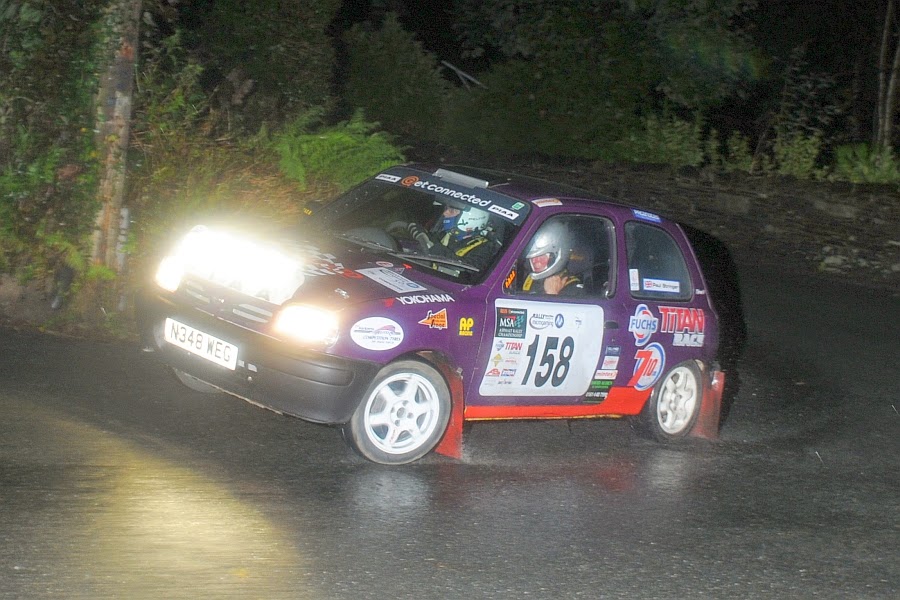 Rochdale rally driver Steve Brown will make his return to competition next week when he contests Rally Isle of Man.

Brown has not driven on an event since last year’s Pokerstars rally as he has been busy both building a new car and upgrading the Nissan Micra which he used to finish 16th overall last time out.

With the new car not quite ready Brown will use the same Mintex Racing, Fuchs Titan Race, 710 Oils, PIAA, Sabelt UK and Six 80 Ltd Aviation Asset Management-backed Micra as last year for his challenge on the tough island event.

“We still have some work to do on the new car but hopefully that will be out later in the year,” said Brown. “We’ll be back in the purple 1300cc Micra on the Isle of Man. We had great results there in 2012 and 2013 so we’re looking to make it a hat-trick this year.”

“The car has gone through some updates in the last few months with throttle bodies, a pedal box and hydraulic handbrake being fitted so we’ll be pushing hard to get as high up the leaderboard as we can.”

“The rally is a huge test of both car and crew. There are nearly 170 miles of competitive stages on the notoriously tricky Manx roads, some of which are in the dark. The weather is usually a big challenge on the island too, with conditions changing from sunshine to rain and mist in a matter of minutes.”

The rally starts on Thursday evening with four stages including the highly popular spectator stage on Douglas promenade. A further 20 stages will take place on Friday and Saturday with the crews finishing at the famous TT Grandstand.

You can follow reports on how Brown is getting on through his Facebook page, www.facebook.com/SteveBrownRallying.
Posted by GS at 21:13