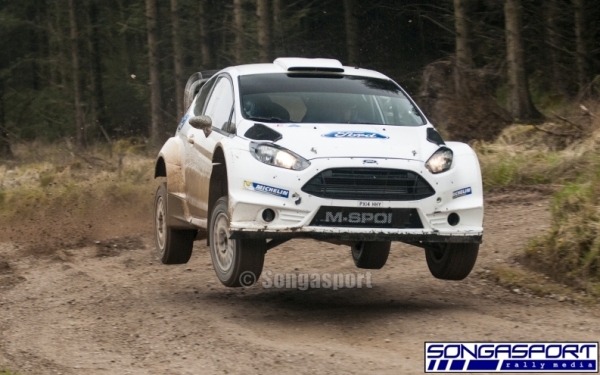 Please click here to see the images.
Posted by GS at 17:28 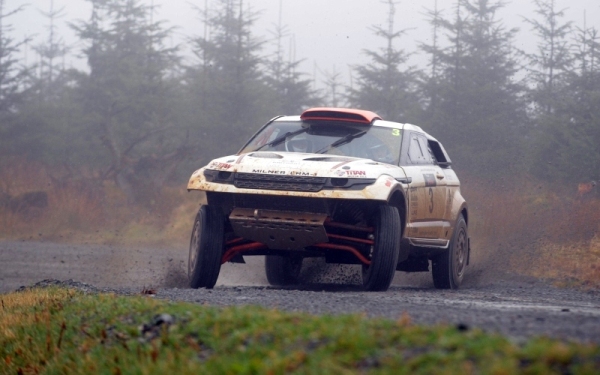 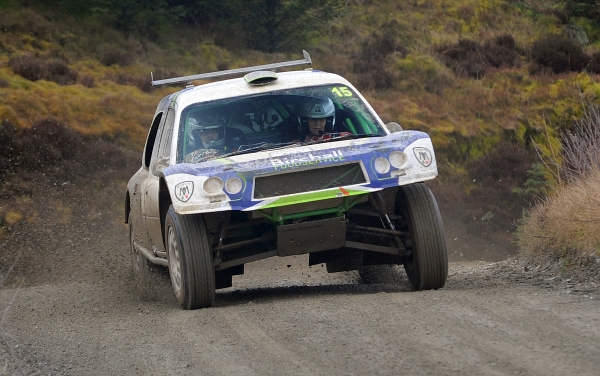 Justin Birchall returned to the Britpart MSA British Cross Country Championship in style as he took a win in the opening round at Pikes Peak.


Blue skies and sun greeted the crews as they got their cars ready on Saturday morning but by the time run one started snow was falling around the course. It was Birchall who set the fastest BCCC time on the opening run in his Lofthouse Freelander, three seconds ahead of the Milner LRM-1 of Ryan Cooke. In third was Ben Duckworth who was using a Milner R5 as his usual LRM-1 was not ready.

Birchall continued to set the pace throughout day one and he held a lead of over two minutes overnight.

Other BCCC crews didn’t fare so well on day one. Steve Smith, who had flown in from Dubai the day before the event, didn’t even make the start on run one after problems with his Clio. Richard Coleby rolled his Polaris out of the event mid-way through the day after setting some quick times. Martin Gould, whose Buxton 4x4 Rivet was not ready in time, broke a shaft on his Polaris.

Cooke’s hopes of challenging for the win on day two were dashed when he was forced to stop his car on the third run. With a good lead Birchall backed off slightly but in doing so he broke a propshaft on the penultimate run. The shaft was replaced and Birchall completed the final run of the event to win by over three minutes from Duckworth.


“I’m very happy with the result,” said Birchall. “It was a fantastic course and the very changeable weather made it extremely challenging. I think we broke the propshaft by going slower in one of the rutted offroad sections so we went back up to normal pace on the last run.”


In third place was Colin Gould on his first event in his Clio V8. Gould commented “I’m extremely pleased with third, I’m still learning the car and we’ll get quicker – the car has the pace, the driver needs to improve a bit! It looks like it will be a good championship, there are some very talented drivers and quick cars out this season.”


Mark Jacques’ Chevy-powered Lofthouse Freelander was fourth with Andy Powell, who had a new engine in his Simmbugghini, was fifth despite suffering brake problems on day one.


In the BCC Trophy Phill Bayliss enjoyed a successful first event as he took the win in his Land Rover 90 ahead of the Tomcat 100 of Ben Clay. Steve Anning was third.


2014/15 Freelander Challenge champion Ian Linford had suspected head gasket problems on the recce lap so decided not to start. Brian Chase was leading the Freelanders after day one but electrical problems dropped him to third behind Graham White and Pat Masters.


Chris Bird led the Clubman category after day one and he was setting times which would’ve seen him leading the event overall. He didn’t contest the second day so it was Toby Jefferson who was the first Clubman home. In second was Phil Ibbotson who was using his Metro 6R4 for the first time since 2013. Jonny Koonja was third, driving on his first event for around ten years after spending recent years in the navigator’s seat.