At least five rounds of the Dunlop/Gambia MSA British Historic Rally Championship will be covered on TV this year thanks to Dunlop’s increased backing for the championship.

After two successful pilot programmes in 2008, covering the Mid Wales Stages and the Trackrod Historic Cup, the BHRC’s arrangement with Pit Lane Productions has been extended to cover at least five rallies.

This major development for the BHRC comes at a time when historic rallying is booming and becoming ever more popular among rally fans, both out on the stages and at home in front of TV screens. It underlines the BHRC’s place at the pinnacle of UK historic rallying and the scene is already set for a tremendous season in 2009.

The initial plan is to cover all five gravel events, while at the same time efforts will continue to add coverage of some of the asphalt events. However, either due to filming rights issues or event locations, the three asphalt events are significantly more expensive to film.

“This is one of the first enhancements made possible by Dunlop’s increased support for the BHRC and is excellent news for all the competitors,” said championship co-ordinator Simon Marks. “We would like to add to the five events agreed so far.”

By Paul Lawrence
Image courtesy Songasport
Posted by GS at 02:34

Songasport attended the Autosport Show at the N.E.C. thanks to Becky Kirvan and Girlracer who had a stand at the event, the most popular motorsport show in the world!!

Many photographs were taken, visit the gallery here.
Posted by GS at 02:30 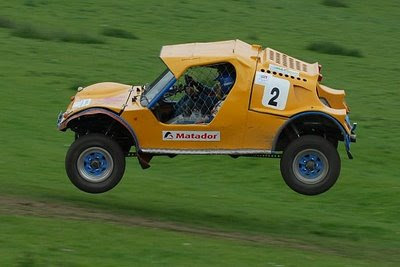 Songasport can get YOU noticed by writing press releases detailing your rally achievements.

The service includes writing the release, sourcing an accompanying photograph and distribution to online and written media.

The press release service can be combined with our web design service if required. 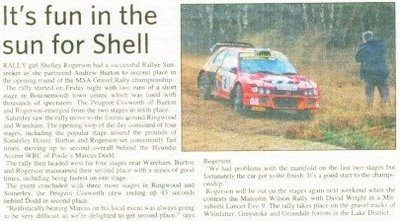 The internet is increasingly being used as a means to promote rallying activity both to the general public and to current and/or potential sponsors.

Songasport offers a full website design, hosting and maintenance service which can get you noticed and give you an advantage over your competitors when it comes to attracting sponsorship.

We also offer a web design service to rally-related businesses.

All Songasport sites are hosted on reliable webspace which has minimal down time.

Our prices are very competitive and we have a very quick design to publication phase ensuring that your website is online as quickly as possible.

We also offer a press release service which can be combined with the web design service and our event photography to produce a total media package.

Please email info@songasport.co.uk if we can be of assistance. 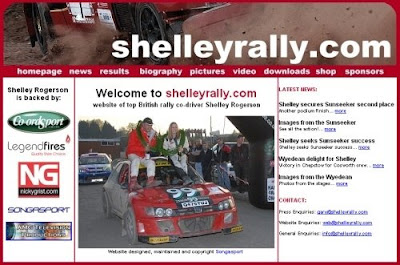