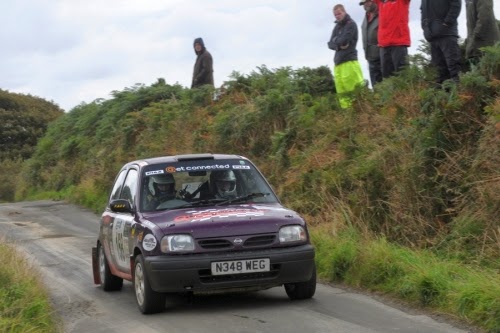 Rochdale’s Steve Brown returns to rally competition next weekend when he contests the Glyn Memorial event in his Nissan Micra 1300.

Brown had hoped to use his new Micra but it is not quite ready so he’ll be out in the well-known  Fuchs Titan Race, 710 Oil, Mintex, AP Racing, Six 80 Aviation, Sabelt, Power Maxed and PIAA- supported purple machine that he has used to good effect in recent years.

“The new car is just about finished,” said Brown. “There are a few things that need completed so unfortunately we won’t be able to use the rally as a test session for it.”

“We’ll have a last minute rush to get the other car ready, it’s presently lacking a gearbox but I should be collecting that a couple of days beforehand so hopefully we’ll be all set for the startline.”

The Glyn Memorial rally will take place at Ty Croes racetrack on Anglesey, a venue Brown last competed at in 2007.

“I did an event at Ty Croes in a 1000cc Micra and managed to win my class. It’s a venue more suited to powerful cars so I’ll have to push very hard to get a good result. It often rains very heavily on Anglesey so maybe that will even things up a bit more. I’ll have my usual co-driver Paul Stringer with me.”

“We’ll hopefully get to test the new car very soon and then we’ll start finalising plans for the 2015 season. We’re currently considering a few different options. Thank you to all my sponsors for their support.”
Posted by GS at 19:36 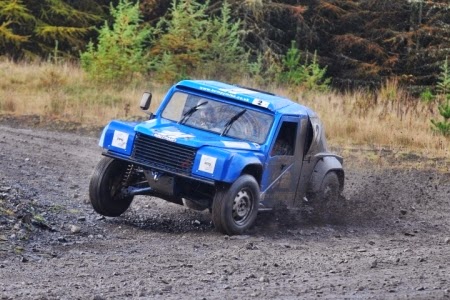 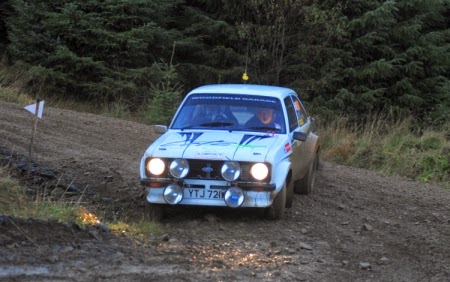 Among the early entries for the Open Category of the 2014 Roger Albert Clark Rally (28-30 November) is the Ford Escort Mk2 of Dave Hemingway and Simon Ashton. Hemingway is one of a very select band of drivers to have tackled all 10 events so far and he says he will join the ‘11 out of 11 club’ in November.

The Yorkshire-based driver and his Swedish-based co-driver won the Open Category in 2008 and 2010 and will now strive to stop Martyn Hawkswell and Nick Welch extending their recent hat-trick of Open wins.

Hemingway says that the Sunderland base and rally route in the Kielder complex will make it a very tough rally. “It’s a massive challenge every year. There are a lot of stage miles and it’s a tough event.”

Ironically, Kielder has never been kind to Hemingway. “To be honest, Kielder is my nemesis,” he said. “In 2004 I had a lot of bad luck in there. I was doing very well until we went into Kielder and I thought I could just keep the same pace up. But I learned about Kielder the hard way and ended up in a big ditch.”

He says that he really does not have any ‘local’ knowledge of the stages in the largest man-made forest in Europe. “I hardly remember any of it,” he said. “Just occasionally you’ll recognise a little bit. I know Yorkshire really well but I have to adopt a different mode of driving for Kielder.

“In 2004, we spent all night repairing the car and managed to get going again and finish the event. So I’ve finished every one and we’ve won the Open Rally twice. I think I’m the only one who has finished all of them.”

For Hemingway, it is the rally of the season. “I plan my season around the Roger Albert Clark,” he said. “Simon comes over from Sweden every year to co-drive. He missed the first two, but he’s done all the rest with me. He’s brilliant on the maps and we’re looking forward to it immensely.”
Posted by GS at 21:29

Images from the Tunnocks Mull Rally 2014 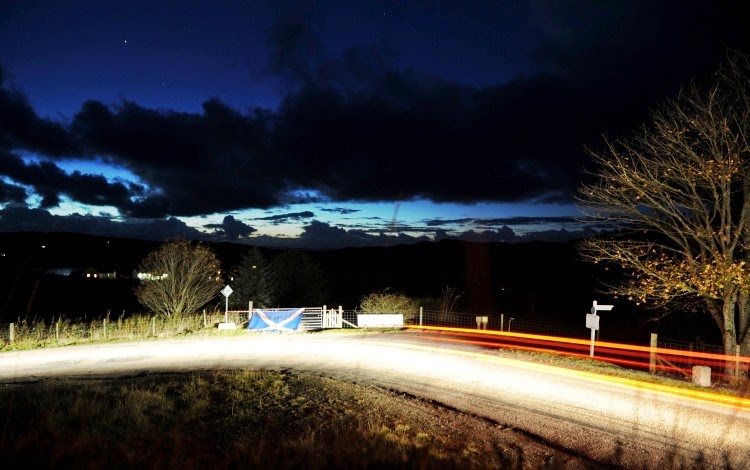 Please click here to see the images.
Posted by GS at 14:32