Monaghan aims for class honours in the Borders 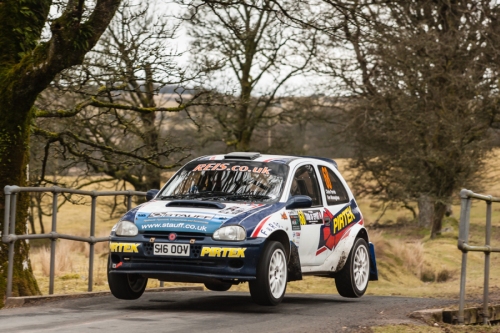 Rally driver Kev Monaghan is hoping a new engine will power him to success on next weekend’s Jim Clark National event in the Scottish Borders.


An engine failure at the Tour of Epynt made for a disappointing season opener in March but Monaghan has had a new one built by Bill Falconer for his second MSA Asphalt Championship event of 2013.


Monaghan had a great result on the Jim Clark rally last year, winning his class despite problems with tyres and the gearbox and he is looking for another class win this year in his Pirtek Tyne & Wear, Stauff, F&R Belbin, Bill Falconer and GB Lubricants-supported Vauxhall Corsa S1600.


“It’s been a difficult couple of months since Epynt, I’ve had to dig deep to fund the new engine but we are determined to prove we can run at the front of the field,” said Monaghan. “Having Chris Purvis back on the notes made a noticeable difference at the last event and I am sure we can improve further.”


“Last year’s event was not exactly troublefree but we showed we had the pace on the fast closed public roads that the rally uses. Another class win next weekend would be the ideal result and that is what we will be aiming for. Thank you to all the sponsors whose support has helped us make it to the start line. ”


The rally starts on Friday evening with a short stage in front of thousands of spectators in Duns town centre. After two more stages on Friday the crews will face a full day of tough competition on Saturday.
Image courtesy Chris Huish
Posted by GS at 22:25