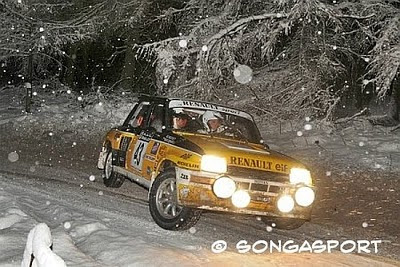 To see the event gallery please click here.
Posted by GS at 23:07

The car, prepared by Giles Philips Motorsport, is similar to the Evo 9 he has used for the last two years but it is lighter and slightly more powerful which Wright hopes will give him the pace to battle with the expensive World Rally cars at the top of the leaderboard.

Wright has not driven the Kumho Tyres, Drenth, Proflex and Grove Hill Garage supported car on gravel yet so the Coniston based event will be used as a test in preparation for next year.

"The car has only just been completed so we’ve had no opportunity to do any testing yet," said Wright. "I’m confident that it will prove to be quicker than the old car once we get everything set up properly."

"The Grizedale Stages is one of my favourite events and I’ve had some good results on it, hopefully we can have a decent run, get used to the new car and finish somewhere near the front."

In a change from previous years the rally will start on Friday evening with a stage in the dark of Grizedale forest before a full day’s competition on Saturday.
Posted by GS at 21:33

The event took place at the same time as Britain’s round of the World Rally Championship with the cars following in the wheeltracks of the best drivers in the world.

Radnor forest was the venue for the opening stage and Cristofaro, from Milford Haven, made a cautious start as he got used to his TEG Sport, Pirelli and Talbot Timber-backed car but as the event progressed he increased his pace to end day one in 20th place from his start position of 57.

“I went into the first stage determined to get a finish in my first event with the new car but at the end of the test I was disappointed as I knew the car was capable of a lot more,” said Cristofaro.

“The opening stage gave me a lot more confidence so I pushed harder and increased my commitment over the remaining three stages of the day, I was very surprised to be up to 20th though.”

“The first day was very interesting, the stages were extremely challenging with wet road surfaces which were rutted after all the World Championship cars had driven over them. I enjoyed the mix of tarmac and gravel roads, I put my years of karting experience to good use on the tarmac parts.”

The second day saw a further two stages and, with temperatures not much above freezing, the threat of patchy ice on the tracks added to the testing conditions. Cristofaro and co-driver Emma Morrison continued their day one form to set competitive times on both the stages to finish the event in an excellent 18th overall and third in class.

“The frost warning light on the car dashboard was on throughout both stages so I was wary of the chance of hitting ice. Grip levels varied dramatically from good to none so it was a very tough test of my driving skills and I’m delighted that we got to the finish unscathed.”

“I am extremely happy with my performance and all of the team. We had no dramas over the weekend and to get third in class on only my third gravel event, and first in the new car, is a great achievement. Thanks to TEG Sport, Pirelli and Talbot Timber for their support.”

“I’m looking for sponsorship for my 2011 British Rally Championship campaign, please get in touch via www.nickcristofaro.co.uk to see what marketing packages we can offer.”

Nick’s next event will be the Grizedale Stages in Cumbria which takes place in early December.