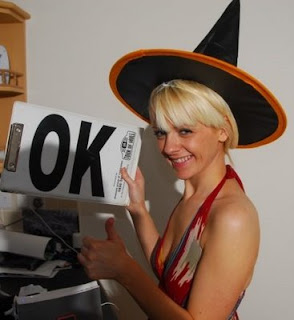 Carlisle’s Rachel Medich enjoyed a successful Horiba d’Isis rally last Saturday when she took second in class with Marcus Tinsley in a Peugeot 106. The event took place at the MIRA test track near Nuneaton. Rachel describes her event in this exclusive interview.

Your last event was the Malcolm Wilson rally in Cumbria which was on gravel forest tracks, the tarmac of the Horiba d’Isis was rather different to compete on I expect?

Definately! The Malcolm Wilson rally was a multi-venue, gravel rally, whereas the Horiba d'Isis was a tarmac, single venue event with a bit of a twist. MIRA is a very fast track with a lot of variation, it's used by car companies to test their new builds so it has everything from massively off-camber corners to the wall of death! Obviously it's not really a wall of death but the track is literally vertical for a few hundred meters which is the strangest feeling ever, although very very good fun. The Tinsley Joiners backed Peugeot 106 was perfectly set up for the venue, she just needed the crew to catch up, although I think we did her justice this time with her first class award since she was built.

You’ve competed on the event before but things didn’t quite go to plan last time?

Unfortunately not! We were travelling along a 800 metre straight into a very tight hairpin left. Whilst braking for the corner we deviated right slightly onto a bit of gravel and walloped the armco at around 70mph. The marshals on that corner thought we were going to go end over end but luckily we didn't, they even returned our missing wing mirror! Thankfully this year was much better, although we did give that corner a bit of respect.

What sort of speeds were you getting up to in the little Peugeot?

I never ever look at the speedo on purpose as we need to keep our speeds high to be competitive in that car, although I did get a accidental glance as we headed into a hairpin left and we were doing 80mph when we were around 50 metres away from said corner! Hence why I keep my head down and read the map! 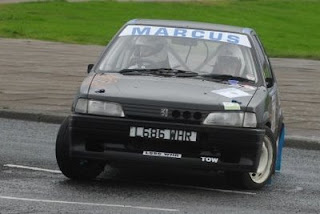 Any scary moments during the day?

One minor one, there are a couple of crests on the handling section of the course, the first one is designed to make the car go very light over it and that feels awful, then immediately after there is a dip which compresses the suspension and then sends you into a jump while the car isn't ideally set up for it. The jump is also slightly off camber so you hit it at an angle. We hit it flat out after a massive compression, bottomed out and then had a few hundred yards of trying to collect ourselves before the next corner.

After your disappointing retirement on the Malcolm Wilson rally it must feel good to get to the finish?

It certainly did! And winning second in class made it all very worthwhile. We were over a minute up on third place but over a minute down on first, there was no way we'd catch the guy in first as he was on it!! He passed us on one stage as we'd got stuck in gear and couldn't free it, we followed him, he was very neat and had an awesome car. We were very pleased with our second place, we were there from the first stage and held it all day, our first of many class awards in that car we hope.

So when will we see you out next? You’ll be on rescue duties on the Pirelli I expect?

Yes, I shall be at the start of the Pundershaw stage on the Pirelli, I'll be wearing extra trauma repellent so hopefully all the crews will get through incident free. After that I'll be at the Granite City rally in Aberdeen, again on rescue duties. My next competitive outings are the Procare stages and then Hamsterly, both in the MGL Transport LTD backed Sunbeam of Martin Lynch, hoping for a finish this time in that car!
Posted by GS at 23:15