Images from the Somerset Stages 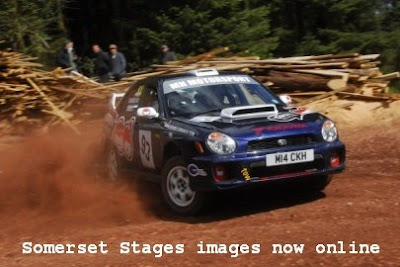 The third round of the BTRDA championship was won by Will Nicholls in his Subaru Impreza WRC with Hugh Hunter in second place and the Peugeot Cosworth of Andy Burton/Shelley Rogerson in third.

Mad Malc Hague was leading the 1400s until the last corner of the last stage when his Mk2 lost drive, handing the victory to Nick Priddy in his Corsa.
Posted by GS at 13:35