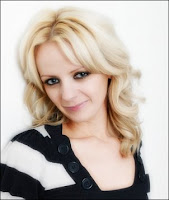 Carlisle’s Rachel Medich has a busy life. During the week she combines working at a local hospital and studying to be an Operating Department Practitioner, at weekends she’s often to be seen at car rallies either competing herself or in her role as a member of a rally rescue team. With her next rally outing, the Cockermouth-based Malcolm Wilson rally, a few days away Rachel reveals more about her rallying and rescuing in this interview.


You’ve been competing for a few years now, how did you become involved in motorsport?

Motorsport has always been a large factor in my family, mainly F1 and bikes, I decided, after speaking to my Grandad, to go and watch the 1998 Pirelli Rally in Kielder forest and I became obsessed. I knew I wouldn’t be much good at driving, seeing as I didn’t have a licence, but knew I was pretty good at map reading so I chose to be a navigator. Me and my mate decided to do our first event together, the Garstang and Preston Memorial Road Rally and we finished…. last, but a finish all the same!

You’re also a member of a rally rescue unit - which came first, the competing or the rescuing?

That would be competing, a good 5 years before I decided to mix business with pleasure, I’ll let you decide which way round they go.

Have you had any bad accidents yourself on the stages?

Ahhhh I’m afraid so, I am yet to finish the Jim Clark Rally after exiting spectacularly on both occasions of trying. The first time was a head on collision with a solid fence post, we hit it at 50mph and it didn’t budge. The second time was a fast way of totalling a Mitsubishi Evo 8. We took a bridge flat out that should have been taken with caution and managed to remove 150 metres of hedge and trees. It hurt. The poor car needed some refashioning after that. All the damage was on my side of course!

Have you ever been rescued by your own unit?

Almost! They were nearly the rescue unit at the midpoint when I had my second Jim Clark incident. Luckily they were elsewhere, although I don’t think I’d want to be attended to by anyone else. Not that the others would be rubbish, just it’s better the devil you know. To be fair I wouldn’t like to see any of them during a stage I was competing on and I’m not tempting fate!

You must’ve seen some scary or weird things while rescuing at rallies, are there any you can tell us about?

I can’t mention names and rallies for obvious reasons but I have seen many, many things that eat away at my confidence. The most spectacular has to be on a tarmac rally a few years ago, someone decided to take a crest flat that shouldn’t have been and literally flew his car. His pilot’s licence must have been in the post. He landed, broke the suspension, various car bits and also himself. We were called and saw him off to hospital with suspected spinal injuries. We saw footage of the incident later… good effort that man!

The weirdest thing I think is the people who come to rallies dressed totally inappropriately. You’re going to get muddy on a forest rally so it’s probably not a good idea to wear high heels and short skirts. This applies to the women as well.

Part of your rescue role includes attending tests for the Ford World Rally Team, do you get to find out all the gossip?

Gossip? I could tell you but then I’d have to kill you. It’s a secret, I’d get lynched. I met Marcus Gronholm (former World Champion) during one test, he was a lovely chap, up for the laugh all the time.

You’ve been competing more in the last couple of years on both tarmac and forest events, which events do you prefer?

This is quite difficult to call, I love forest stages, there’s something quite special about them, they offer a mega challenge because the light often varies and it’s hard to pick out corners and braking points. I also have a new fondness for tarmac after competing on the Tour of Mull. I have to say that is my favourite rally in the world ever. No question. If people haven’t been, I highly recommend it, even if just to watch.

Are you a front, rear or four wheel drive girl?

For sheer enjoyment it has to be rear wheel drive, I compete in a Mk2 Escort and a Talbot Sunbeam, both are fantastic fun. The Sunbeam is with a mad Irishman called Martin Lynch, who I am competing on the Malcolm Wilson rally with on the 7th March, he has a “flat out and sort it out” style that the spectators love. Unfortunately to be competitive these days you need four wheel drive, which is quick but very accurate, there’s not as much sliding around. All rally cars are fun though, regardless of where they power from.

We’ve decided to elect you as Big Boss of Rallying. How would you make the world rally championship more exciting? How would you get more people competing in the UK?

Get in! Firstly, I’d make Seb Loeb go to another team, the man is an amazing driver but unfortunately I don’t think he’s helping attract people to the sport as there is no competition - he’s won the World Championship five times in a row! I think the new Super 2000 cars are going to bring some of that competitive element back and give the sport an exciting feeling again. For Britain? I’d have to arrange something with the blooming government to back young drivers/co-drivers and reduce forestry and venue hire costs. I’d get it some major TV coverage and make sure there are teams with identities so people can show their support in team colours. I have a lot of good ideas but they’re mine, when I become minister for rallying I’ll make them happen.

Neil Cole’s hairstyle, yes or no?

Aw bless him, he needs a bit of a trim, it was starting to look a bit like a comb over. He suits his beanie hat from Norway.

So you’ve just found a million pounds down the back of the sofa to buy a car and compete with anyone on any event. What, who and where?

Ok, I know I’ve said Mull was my favourite rally in the world ever but it’s going to have to be one that I have little or no chance of doing. So, it would be Barry Clark, because if I say someone else I’ll probably get my butt kicked, in his new Evo 10 and we’ll be competing on Rally Norway. I really want to have a go on a snow rally in a car with a driver that will be competitive on that surface. He’s done it before so I’d expect a good result.

What are you rallying plans for the rest of the year?

I have an action packed year ahead, starting with the Malcolm Wilson on the 7th March. That will be with Martin Lynch in the Sunbeam, we’re doing it as part of the Kirkby Lonsdale Motor Club stage championship. I’m doing Mira on the 4th April with Marcus Tinsley then Mull with Dave Edwards. Those are the confirmed ones, I’m sure there will be more! When I’m not competing I’ll be rescuing on most rounds of the British Rally Championship, busy busy! Just how I like it.

And your plans outside of rallying?

I need to set some time aside to complete my course to become an Operating Department Practitioner, I finish in 2010 and can’t wait. Other than that, if I get the chance, I’ll be going out and having a laugh.

There’s a rumour you do some modelling too?

Occasionally, I only do it because I love dressing up and wearing makeup. I love shoes and dresses. Of course these don’t mix with my rallying but I don’t care, I love both. If you see me on a rally I’m usually the one who looks like a mud magnet so you wouldn’t know that I get my picture taken sometimes!