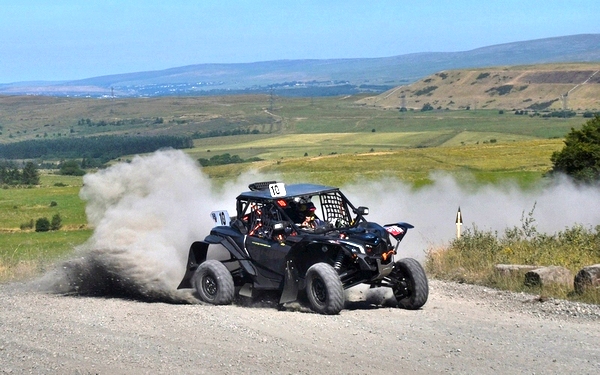 The That’s Motorsport-organised event started on Friday evening with two short stages which, in a first for UK offroad motorsport, were live-streamed online.

It was Dan Lofthouse and Tony Coid who were quickest after Friday’s stages, holding a lead of four seconds over Peter Roberts and Anthony Brinkman with Ian Rochelle and Chris Hammond in third place in their Rivet.

Saturday was the longest day of the event and it proved to be challenging for many crews. Despite suffering a puncture on the first stage of the day Lofthouse continued to lead. By the end of the day Steve Hiatt and Ian McMahon had moved up to second in their Warrior, 44 seconds behind Lofthouse with Roberts in third, 11 seconds back. In the extremely hot and dusty conditions several crews were experiencing problems including Rochelle who retired his Rivet, Brian Chase who had a shaft puncture a hole in his Freelander’s gearbox and Ken Powell who had engine problems on his KRS 206. 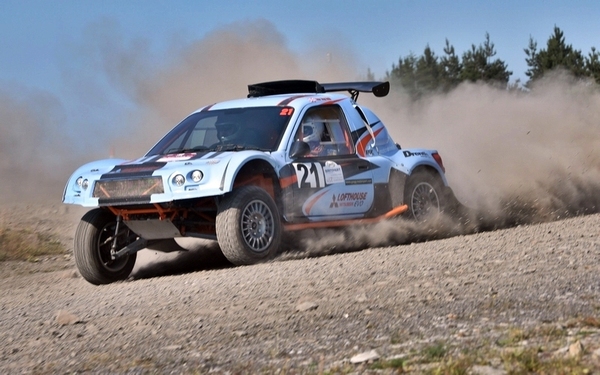 Both Hiatt and Roberts did not start day three which promoted Paul Rowlands into second in his Can-Am X3 and Ian Gregg and Adam Evans into third in their Polaris RZR. Lofthouse’s day got off to a bad start with a throttle issue causing him to lose over two minutes and the lead of the event to Rowlands. Things were to get worse with a fire in his car on the final stage which forced him into retirement. Rowlands maintained his pace to take the win by 34 seconds from Gregg. With Lofthouse retiring ex-stage rally driver James Ford finished third in his QT Wildcat.

“It was a tricky weekend,” said Rowlands. “We had some problems with punctures so it was a case of looking after the car and driving steadily to get to the finish.”

Gregg commented: “I thoroughly enjoyed the weekend, it was a great event and I’ve loved every minute.”

Ford, who was using the event as a test for Baja Spain event, said: “It’s my first event of this type, I found some sections quite rough compared to what I’ve been used to in stage rallying. Other than an overheating problem the car was reliable, it’s been a good weekend”. 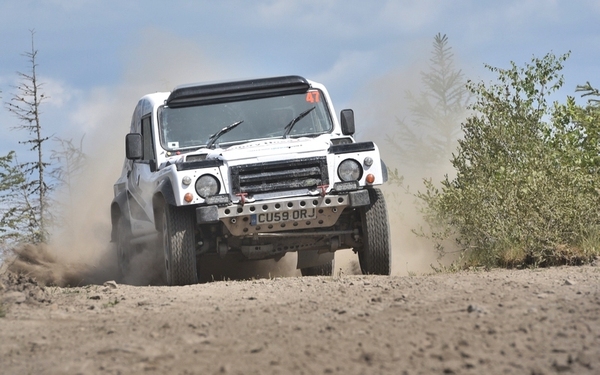 In fourth place, and winning their class, were Toby and Will Jefferson in their GSR 206. Robert Patton and William Bones completed the top five in their Land Rover Defender.

Further down the leaderboard there were several tales of battling the odds to get to the finish. The Insanity Racing crew of Jon Damrel and Nick Blundell had issues with their car in the days before the event so were pleased just to make the start. The event wasn’t any easier than the preparations though, fuelling issues caused them to stop in stage two and then they had an engine which was overheating and blowing blue smoke for the rest of the event. They made it to the finish though, ending up in 20th place. 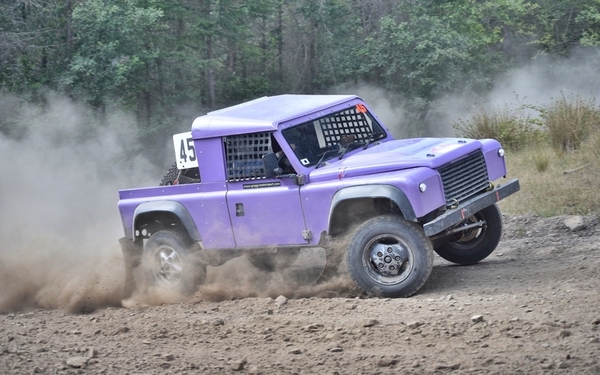 Former Freelander Challenge crew Michael Wilson and Ian Letman finished in 31st after a troubled day on Saturday when they had snapped engine mounting bolts which smashed a hole in the timing belt cover, bringing off the belt. However, with assistance from the teams of competitors Mark Jacques and Phill Bayliss, they were able to get the Freelander back up and running to complete the event.

The event was the first round of the two-event Hill Rally Championship. The second round will be the Borders Hill Rally at Forrest Estate in South West Scotland which will take place  in November.