Brown all set for Rally Isle of Man return 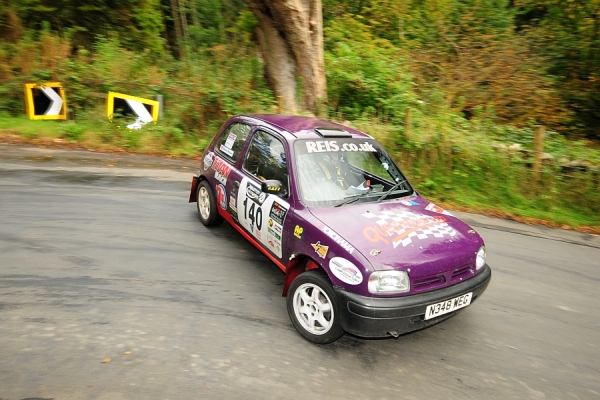 Rochdale rally driver Steve Brown will contest the Rally Isle of Man next weekend and he is hoping for a repeat of the brilliant result he achieved on last year’s event.

Brown will be driving the same Mintex Racing, Fuchs Titan Race, 710 Oil's, PIAA and Sabelt UK-backed Nissan Micra 1300 that he took to second in class in 2012.
The Micra has been repaired after an accident on Brown’s last event, the Jim Clark National rally in June. Despite the accident Brown finished second in class.
“I’m really looking forward to the event,” said Brown. “The Isle of Man roads are fantastic for rallying and there’s a brilliant atmosphere with loads of spectators cheering the cars on.”
“We’ll have three days of competition including plenty of stages in the dark which will provide a very tough test.”
“The car has had a fair bit of work since the Jim Clark and it’s feeling great. Thanks to everyone on the team for helping get it ready. Thanks also to Mintex for the new brake pads we’ve fitted, Tom at 710 Oils and Chris at PIAA who has supplied us with a HID lamp unit which will be a great help in the night stages.”
The rally starts from Douglas on Thursday 12th September and the crews face a daunting 192 miles of competition on the island’s closed public roads.
For more information please visit www.facebook.com/stevebrownrallying.
Posted by GS at 21:29