Images from the Bulldog rally 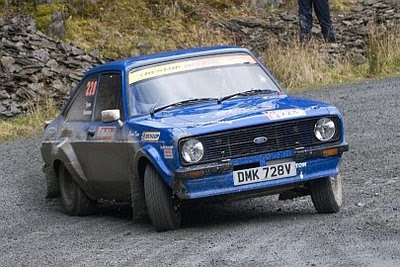 The 2009 British Rally Championship kicked off on Saturday (28th March) with the Bulldog International Rally of North Wales which took place in the forests of Dyfnant, Aberhirnant, Dyfi and Gartheiniog. The event was won by Keith Cronin and Greg Shinnors in their Mitsubishi Evo (car 2).

Also starting at the Bulldog was the British Historic Rally Championship. Category 1 was won by Jonathan Gale in his Sunbeam Tiger, Category 2 by David Higgins in a Mk1 Escort and Category 3 by Nick Elliot in his Mk2.

The accompanying Challenge and Clubman events were won by Matt Edwards and Michael O'Brien respectively.
Posted by GS at 18:00